Meet our board of directors 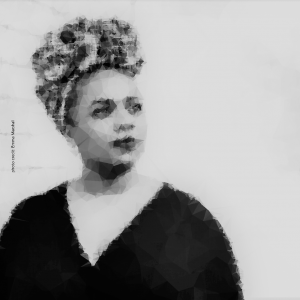 Fine artist Mellezia is a Community Engagement Practitioner and the Founding Director of The RENA Initiative.

Mellezia is passionate about sharing the mental health and wellbeing benefits of participation in the arts. This passion led to her establishing ‘The RENA Initiative presents: The WoWC’ painting workshops for women who are isolated, unemployed or older people on White City Estate; the area in West London where she was raised.

Supported by Arts Council England, Mellezia’s 2021 solo exhibition ‘AuthentiCity’ featured works celebrating the people and landmarks of White City in the 1990s and exploring the contribution of place to identity. Click to watch the ‘AuthentiCity’ film.

Find out more at mellezia.com

In her prolific career as a broadcast professional, filmmaker & author Vanessa Van-Yeboah has produced and directed on a variety of programmes including the award-winning TV series’ 24 Hours in A&E, 24 Hours Police Custody, One Born Every Minute and Big Brother.

In addition to working with The Obama Foundation, Vanessa has produced and directed feature length documentaries for the BBC, and factual series for Channel 4. Vanessa’s credits also include MTV music shows, independent documentaries, and drama films. Vanessa is a member of BAFTA. She is currently writing her second novel, a sci-fi adventure, The Fears.

Find out more at kingmakers.tv

With almost 30 years experience as an accountant in general practice and 14 years as a partner in Parker Randall, Mark has serviced all types of clients. From holistic practitioners to hoteliers, plumbers to publicans. Working with a wide spectrum of clients allows Mark to recognise what is needed for any particular situation and adapt accordingly.

Mark Robinson is a Fellow Member of the Association of Chartered Certified Accountants and a named partner at Randall Robinson Accountancy.

Find out more at randallrobinson.co.uk